Feltham’s calling to the faraway towns, come along and see the best OS around!

The day between those two journeys, of course, is when I’ll be in Feltham, exhibiting at this year’s London Show, organised by the RISC OS User Group of London – and here’s why you, the discerning RISC OS user, should be there as a visitor1:

First and foremost, there is the wide range of exhibitors booked to attend – with, currently, some twenty five listed on the show website. Many names and faces, from companies big and small, that are familiar to most in the RISC OS community will be there, and there will be some who are cutting their show teeth at this event. 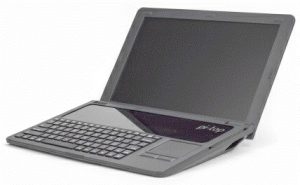 The Pi-Top – or pi-topRO to us RISC OS types

Big names include CJE Micro’s and R-Comp, both of whom will have their latest portable solutions – the new hybrid form-factor RISCBook Go! notebook from R-Comp, and the pi-topRO from CJE – and you can expect a wide range of additional hardware and software available from both, and CJE are hoping to be able to announce a new product.

RISC OS Open will be there, talking about and showing off the latest developments to the shared-source RISC OS 5, with a selection of goodies to buy, such as the latest release version of the operating system on SD cards for the Raspberry Pi, printed manuals, the latest developer tools, and so on.

If you consider manuals to be a little too dry to satisfy your reading needs, you can check out the Archive and Drag ‘n Drop stands for the latest issues of the magazines. 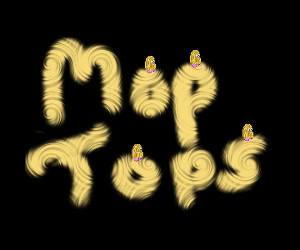 For those who like their games, Anthony Bartram of AMCOG Games has been working on a new Lemmings-style game called Mop Tops, which is currently being beta tested – so you’ll be able to see that at the show. And on my Soft Rock Software stand, you’ll be able to revel at the complete lack of progress I’ve made on just about everything, including a redesign/rewrite of Escape from Exeria, which I started working on in summer.

The Soft Rock Software stand will also feature the latest project from fellow Bristol-based RISC OS user Chris Hall – a GPS add-on board for the Raspberry Pi, with a RISC OS application taking data from it and feeding it live into mapping software RiscOSM – and speaking of RiscOSM, of course Sine Nomine will be exhibiting as well, with the latest version of that, and other packages. 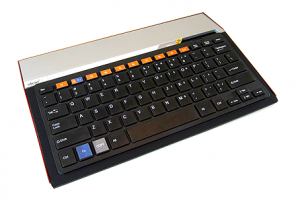 One of the newcomers this year is Tom Williamson, of Ident Computer, who will have The Micro One with him. He’s attended computer events before, including a number of user group meetings, and the Recursion Computer Science Fair in July, but this will be his first proper RISC OS show.

Another newcomer, who first appeared on the RISCOSitory RADAR just in time for April 1st, will be RISC OS Bits with their RiscPOD, an Acorn branded hard drive complete with pre-installed emulator – as well as being a good source of other Acorn and RISC OS Spares and Extras (but let’s not consider the acronym, okay?)

There will also be a raft of 8-bit and retro exhibitors, ranging from Acorn and BBC user User Group ABug to Richard Broadhurst’s Tricky Gaming, where you’ll be able to try your hand at old and – get this – new games for the BBC Micro. Crazy, I know.

And moving from the retro-scene to proper museum pieces, Paul Emerton will be displaying his work so far on recovering and archiving the material from the BBC Special Projects department – Paul took delivery of their remaining Archimedes and RiscPC computers, and media, earlier this year.

The show theatre presentations scheduled for this year will be by CJE Micro’s, Ident Computer (which, if you haven’t already attended one of the user group meetings at which Tom has spoken, I promise is a very entertaining and interesting talk), R-Comp, RISC OS Open Ltd, and Sine Nomine Software.

So, bearing in mind I’ve only mentioned about half of the listed exhibitors, if the above doesn’t whet your appetite and make you want to hop on or in a plane, a train, a bus, a bike, a pair of boots (or even your slippers, damn it), and come to the show then I can only assume you’re reading this out of idle curiosity and aren’t actually a RISC OS user at all. In which case, why not pop along anyway and have a play with a RISC OS computer? You might be pleasantly surprised.

Saturday, 29th October, 2016, opening to the public at 11:00am, and closing at 5:00pm, at the St Giles Hotel, Hounslow Road, Feltham, TW14 9AD – easily accessible by car, bus, plane (Heathrow is a short distance away), and train (the station is just across the road); see the venue page on the Show website for more details of all these ways to get there.

For exhibitors, access to the hall has been arrange for the evening before from 6:00pm until 9:00pm, and there will be a number of people pottering about throughout that time, setting up their stands, muttering and swearing about things going wrong at the last minute (or things they’ve forgotten to bring – ahem [clears throat]), polishing off some last minute programming, etc.

So, as ever, notes from your mum excusing you from the day will NOT be accepted, and I don’t care if the dog ate your homework – I expect to see you there!