The launch of the Raspberry Pi this morning was either a resounding success, or it was an abysmal failure, depending on your point of view – and for the network staff of two companies, it must have been a nightmare.

As expected, the first batches of the Model B device went on sale at 6am GMT, with an order restriction of one per customer. Licenced manufacturing deals were set up with Premier Farnell (see footnote) and RS Components, so that the two companies could deal with the distribution of the first batches of the Model B to arrive in the country, and after that they’ll be manufacturing and distributing the boards on behalf of the Raspberry Pi Foundation, which means the device can be manufactured in large volumes much more quickly than the Foundation itself could manage. Farnell and RS Components, who both have worldwide distribution networks, will be manufacturing to meet demand. 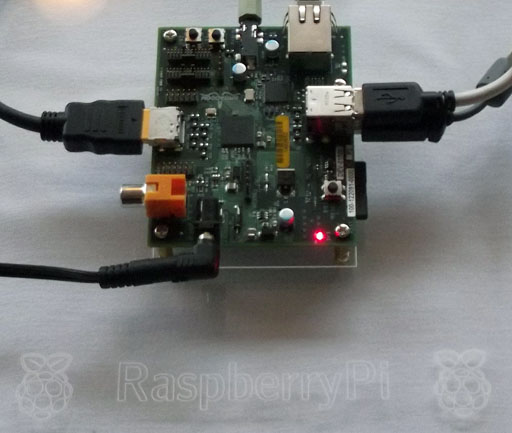 However, within minutes of the announcement of where the Raspberry Pi could be purchased, the websites of both companies struggled to keep up with people hoping to do so: The Farnell site variously either failed to serve up pages at all, or served empty and partial pages – and in at least one of my own attempts a notice that “our websites are currently unavailable whilst we perform a scheduled system upgrade” – while the RS Components site seemed to be working more often than not, but very slowly, and searches for the Raspberry Pi only seemed to bring up a page to “register here to express an interest” rather than one to actually order it – which the Raspberry Pi Twitter feed initially suggested was the wrong page.

About half an hour after the 6am launch, it was said on the Twitter feed that they “believe Farnell has sold out already” – so while the site was clearly struggling, many people did manage to get through to it, and did manage to order the computer – and a later comment (retweeted from someone who had spoken to the company’s sales people on the phone) revealed that RS Components weren’t putting the device on sale until the end of the week, indicating that the page to register an interest was in fact the right one!

So the launch was an abysmal failure, with one company’s website struggling to cope with the demand placed on it (yet still working for enough people to sell out), and the other apparently not actually selling the Raspberry Pi as yet.

But the launch was also a resounding success – it shows that all the interest that has been generated surrounding the Raspberry Pi has resulted in a genuine, and very large demand for the device, with the company that was actually selling it having sold out within half an hour! 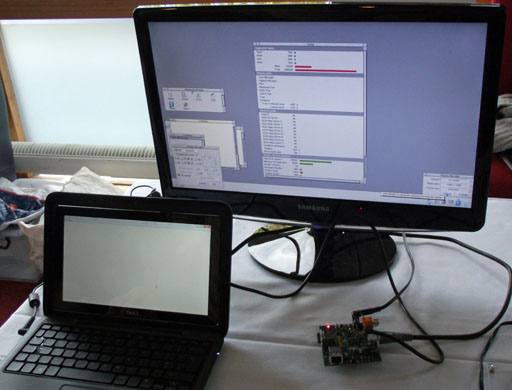 For my part, I had said to various people over the last few weeks that I probably wouldn’t try to order one from the first batch because I expected there to be a huge demand, and getting one would therefore be difficult, with it selling out very quickly. It was only in the last few days that I changed my mind, and decided I would try. I expected I’d be unsuccessful, but felt it was worth a go.

My change of mind brought with it a simple plan: if I had been lucky enough to get one, I would have used it over the next couple of months to show off to people to whom I had been enthusing about the device, and I would then donate it to RISC OS Open Ltd at Wakefield on April 28th, so that they could loan it to anyone working on the port of RISC OS to it.

I did succeed in “registering an interest” on the RS Components website so, perhaps, when they finally start selling it, I’ll be among those lucky enough to get one, and I will be able to carry on and do as I planned. Only time will tell.

Failing that, and for anyone else who tried and wasn’t successful, the Foundation’s announcement also says that “in a month or so, you will be able to place batch orders with both Premier Farnell and RS Components for as many units as you want” – so it shouldn’t be long to wait (and, if you can get their site to work – it still isn’t for me as I write this – you can apparently pre-order from Farnell).

Meanwhile, the announcement of the launch of the Pi and where it could be ordered from also said that the specification of the Model A had been increased slightly – it now sports 256MB of RAM, matching the Model B, instead of the original 128MB that was intended.

And for an alternative Raspberry Pi fix, the BBC have an article and a video on their Technology pages to coincide with the launch. The video has also featured on BBC Breakfast, and will pop up from time to time on BBC News.

Footnote: If you visit Farnell’s Element 14 website instead of their main shop website, while trying to order it just leads to the same problems as via their main site, you do get to see some bundle options that they are planning to offer at some point.