By the eighth day machine just got upset. A show report had not been posted yet…

Just over a week ago, on July 7th, the Midsummer Midlands Mugshow 2012 took place. This is the smallest UK show of the RISC OS year, attracting the fewest exhibitors and visitors alike, and most exhibitors tend to time their big news and releases for the bigger shows, such as Wakefield and London.

As usual, I set off from the RISCOSitory/Soft Rock Software top secret underground bunker (the entrance cunningly disguised as a ramshackle shed, as revealed by Martin Hansen of RISCOScode) to attend the show and demonstrate the developments I haven’t made to my software since the last show, as well as to take a few photographs and write a report for this site.

Upon entering the show, the first stand any visitors saw (after the Midlands User Group relieved them of their entrance fees) was the charity stand, Tools with a Mission, taking up that end of the hall. Tools with a Mission, which began life in the mid-80s, collects and refurbishes unwanted tools and equipment and sends them overseas, to countries and people who have few skills and little or no means to earn a living, their goal being to help them switch from depending on aid to becoming self sufficient.

R-Comp were next, with a large stand on which they had a variety of the machines they sell, including their little star, the ARMini. As well as hardware, they also had their usual array of software to show off – as well as some very interesting news for ARMini owners, and members of the BeagleBoard software support scheme.

The first was that a new version of Aemulor is expected to be released next month to ARMini owners (and members of the BeagleBoard software support scheme). Aemulor was originally developed to allow old, 26-bit software to be run on the 32-bit IYONIX pc, and its developer, Adrian Lees, has been working on a new version that does a similar trick for OMAP3 based systems, such as the BeagleBoard. Demonstrating Aemulor, R-Comp’s Andrew Rawnsley used it to run Impression on the ARMini.

The second was about a piece of software for the called AcornMode, the first version of which had been made available to ARMini owners a few days earlier. When run, AcornMode emulates RISC OS 3 based machines, and thus allows software to be used that wouldn’t otherwise work on the ARMini, including games that couldn’t be used on anything from the RiscPC and beyond – until now. The download, found on the private section of the ARMini website, for which owners should have the address, along with a username and password, includes complete – and completely unaltered – versions of Mad Professor Mariarti, Nebulus, Pacmania, Speedball2 and SWIV, all classic games from the early 1990s.

Not ARMini specific, R-Comp were also talking about MusicMan 2 – HiFi Edition. The latest version of the software is described as the “HiFi Edition” because R-Comp have worked with several high-end audio companies, operating in a market in which uncompressed WAV files are the only accepted format for digital audio, to ensure the maximum compatibility with the outside world. While offering the best quality digital audio, there is no widespread standard for embedded information in WAV files, but various different approaches have been proposed and implemented in different software. The HiFi Edition of MusicMan2 – version 2.07 of the software – addresses this, and can include the metadata in the WAV file in a variety of formats, maximising compatibility with competing software on other platforms, and leading to someone saying that it produces “probably the best WAV files”.

Next, with his usual bowl of sweets – his bait to draw punters to his stand, where he was waiting to hook them like the little fishes they are – was Richard Brown of Orpheus Internet, the RISC OS friendly ISP (although – shh, don’t tell anyone – they also cater for other platforms as well).

Arriving late – but not as late as last year, when he arrived just in time to leave again – Jim Nagel was promoting Archive Magazine on the next stand. As usual, the most recent issue was on sale along with the DVDs containing all issues published so far.

The next stand, manned by Ben Avison and Robert Sprowson (Sprow) was RISC OS Open Ltd, where the latest version of RISC OS 5 was being demonstrated, and goodies such as the ‘Native’ and ‘Emulate’ USB sticks could be had. Just for fun, Sprow had brought along an A7000 running RISC OS 5.

The far end of the hall was taken up entirely by CJE Micro’s who had, as usual, managed to squeeze everything imaginable into their vehicle, and more besides. In this case the “more besides” included a variety of accessories for the Raspberry Pi, including a number of case options, and early examples of two new RISC OS computers, one based on the Pi, and one based on the PandaBoard – see the photos below.

Coming up the other side, Martin Hansen’s MathMagical Software Company stand was as colourful as usual, and he had a demonstration version of a game that is now 40 years old – Pong – running on RISC OS on a Raspberry Pi.

Next to Martin’s stand was Steve Fryatt, on hand to demonstrate his software, including CashBook and PrintPDF.

And last of all was the Soft Rock Software stand, where punters could play Quicksand in a desktop window, along with an early demonstration version of another adventure game.

So, that’s a summary of who was exhibiting at the show, and what was being demonstrated and talked about. Below are a few more photographs, some kindly provided by Ron Briscoe, the rest taken by me. 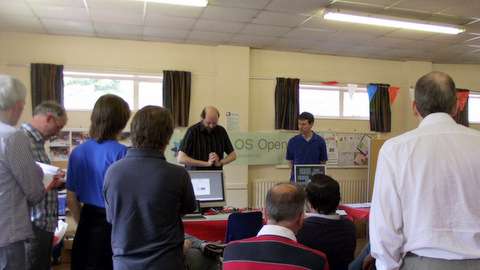 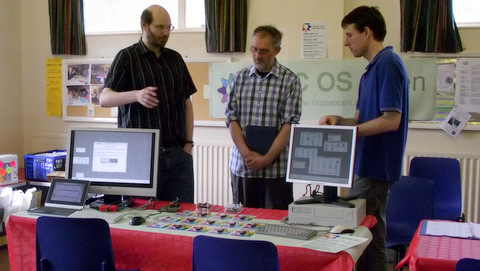 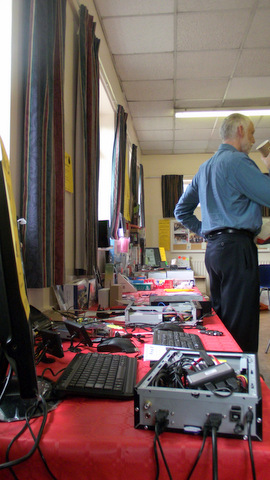 CJE’s stand, with a Raspberry Pi based prototype at this end 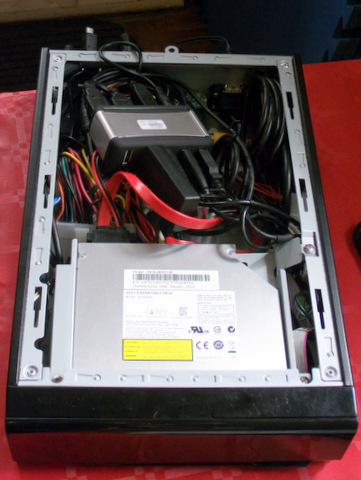 RaspberryRO – CJE’s Raspberry Pi based computer. The Pi is in there somewhere, honest! 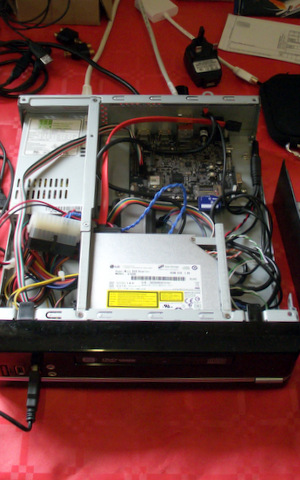 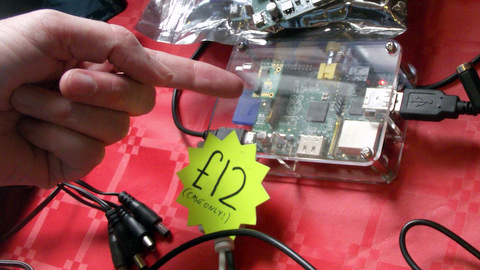 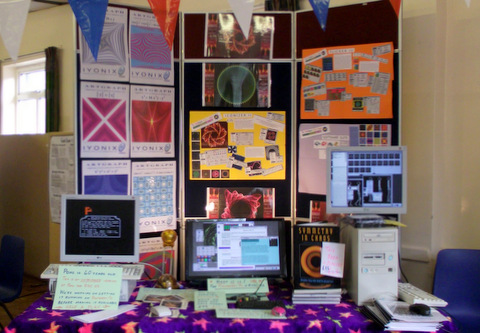 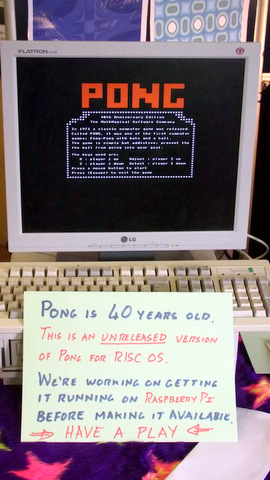 Pong being demonstrated on the MathMagical stand 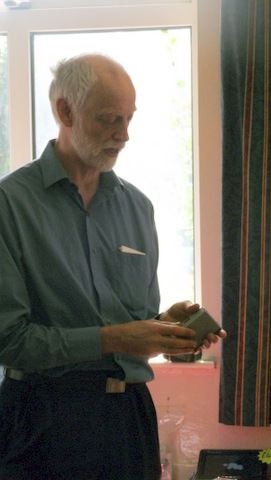 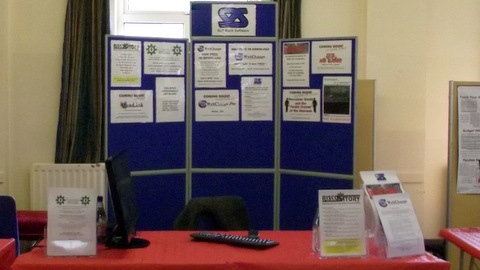 Vince Hudd, not at the Soft Rock Software stand – oh, wait, that’s me, and it’s because I’m taking the picture!

So that’s the Midlands Midsummer Show out of the way for 2012… roll on London!