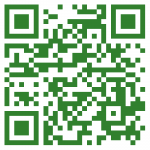 Kevin Wells has released version 2.02 of his application for creating two dimensional bar codes, known as Quick Response (QR) codes. The application – QrCode – allows the user to key in certain information, and that information is then turned into one of the codes.

Kevin Wells has released a point update to his application for generating QR Codes. New in this version is the ability to create a QR Code for geo-location purposes, containing longitude and latitude information. The program has also had a small bug addressed that could result in a notable delay when fetching QR Codes of a certain size. The software uses Wget to make use of the QR Code Generator website, and it was the use of an asterisk rather than an ampersand when fetching that caused the delay.