A name that should by now be well known in the RISC OS world, if only for having an even dodgier sense of humour than my own, is Andy Marks of RISCOSbits. Describing himself as a Wakefield exhibitor virgin, Andy has let me know what he has planned for the show.

Unsurprisingly, that means the usual array of RISCOSbits’ bits, which will be available at special show prices – but that’s not all. Getting the usual bits out of the way first, though, those bits include:

As well as the usual wares, something that will become one of RISCOSbits’ usual RISC OS bits is Wispy, which is designed to be a simple wireless solution and more for RISC OS. First shown at the recent Southwest Show (a report is coming soon – honestly!), Andy will have the latest development version of this.

The device allows a RISC OS computer to connect to a wireless network and, more importantly, can be configured from RISC OS itself. That means the computer can be disconnected from one wireless network and connected to another, without having to resort to another computer to set it up each time – a key requirement of portability. On top of that, Wispy provides access to a modern version of Firefox, running natively on the hardware in the device itself, as well as to some cloud storage providers.

The RISCOSbits stand is the one that is normally occupied by Martin Würthner, and is therefore normally the one featuring the show’s sharpest dresser. Andy will not be donning any bow-ties or waistcoats himself, but has a plan to avoid disappointing people by showing off a sharply dressed Raspberry Pi or two: The stand will feature previews of some custom-designed vinyl skins for the official Raspberry Pi case, and the popular One Nine Design/Flirc cases.

The vinyl is professionally printed and machine cut to fit the exact dimensions of the cases, and the current designs include graphics inspired by some classic Acorn-related games, iconic case designs, and the colour many old pieces of Acorn hardware eventually turn with age (except where they would have started out that colour if ever released, as with Phoebe): An embarrassing shade of Yellow. As such, Andy says “these should provide a cheap and easy way of showing off your computing allegiances from the privacy of your desk.”

And finally, there’s that new product mentioned in the title – which is as yet unnamed, although Andy has teased with two possible names – ÜBER and BÜRP – (and a couple of photos) on Twitter: 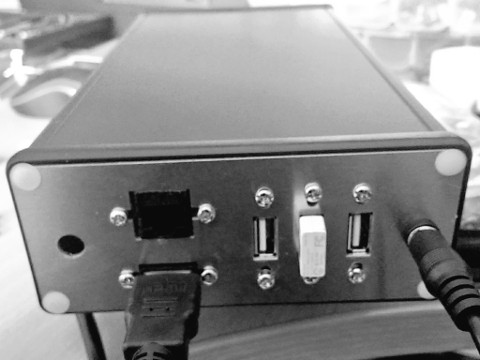 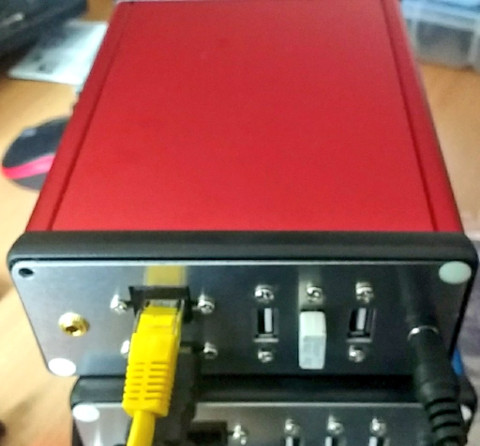 As well as the names mentioned in the Tweets, Andy said he is open to other ideas, and will be running a poll at Wakefield. So what do you think it should be called – either of the above two, or can you come up with something suitably irreverent? (In keeping with the dodgy sense of humour that abounds here in the RISCOSitory bunker, I’ve suggested BÜRP is the one to go for, with a suitable start up sound.)

And finally, between writing this post and making it live, Andy has emailed me some publicity photographs of the cases themselves, along with a little more information. Getting the latter out of the way first, the cases come in a choice of four colours (as shown in the pictures) – though, unfortunately, it wasn’t possible to find one in either Phoebe yellow or Acorn green. The cases are supplied with four easy-to-remove push plugs, which hold the end plates in place, along with eight machine screws for more permanent fixing.

And to the pictures: