Yesterday’s RISC OS show in Wakefield, held in the show’s original venue of the Cedar Court Hotel, Calder Grove, is the 16th show organised by WROCC and one month short of being held on the fifteenth anniversary of the very first, held in the middle of May, 1996. It is also the 10th anniversary (again, offset by about a month) of my first appearance at the show – at any show – as an exhibitor. I had a reasonably busy day, demonstrating various aspects of WebChange to people, but did manage to have a wander with the camera while things were quiet, during one of the theatre presentations – and I even remembered to use it! What follows is a very brief summary of what could be found at this year’s show – before my internet connection runs out!

As a visitor walked in, the first thing they’d have found was the WROCC stand on their right, where they could have purchased The WROCC Guide to Networking, based on a series of articles in the club newsletter, and on CD in PDF format, The Wakefield Back Catalogue, a collection of over 200 issues of the WROCC newsletter.

On the other side of the entrance, Steve Fryatt was discussing his CashBook and PDFPrint software. 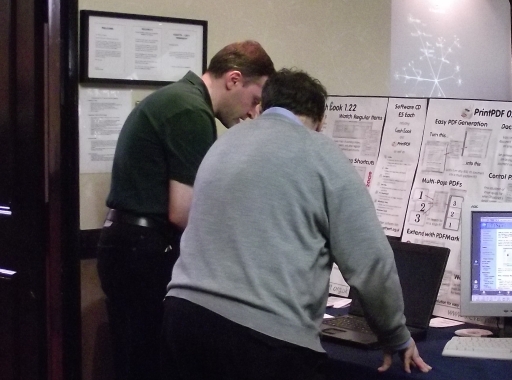 Steve is also involved with the RISC OS front end of excellent NetSurf web browser, some of the developers of which were on the next stand, showing off version 2.7, released on the day of the show. 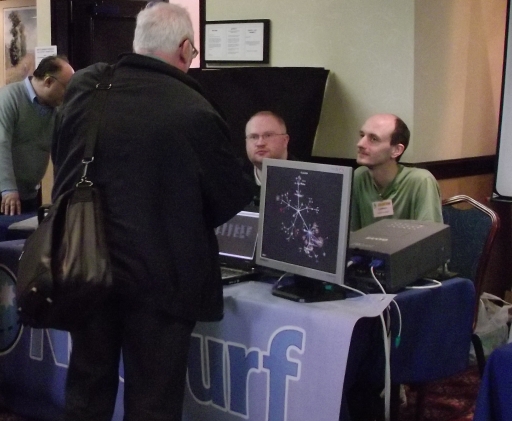 Moving further along, Martin Würthner was dishing out upgrades to ArtWorks (version 2.xi) and EasiWriter (8.9) – those upgrades featuring amongst my own purchases for the day. 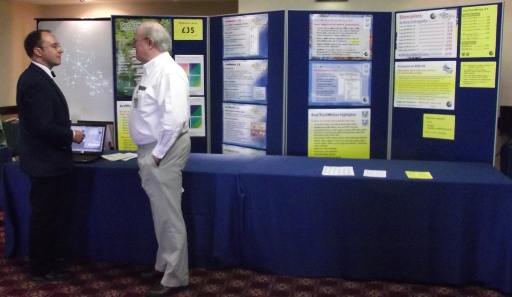 After Martin was RISCOS Ltd, and then Martin Hansen’s MathMagical Software Company, where he was demonstrating and selling his newly released presentation and animation package, Flicker IV. 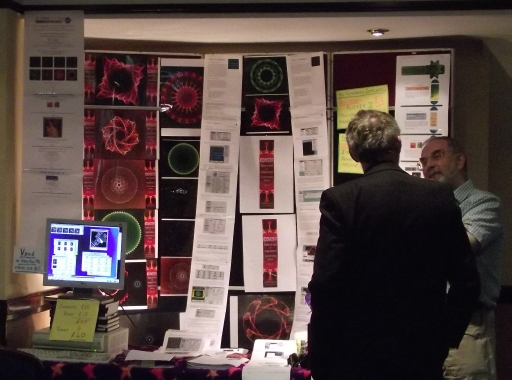 With RISCOS Ltd on one side, Martin was flanked on the other by RISC OS Open Ltd. Next to them was Paul Stewart showing off the latest edition of his PDF based magazine, Drag ‘n Drop, followed by North One Communications talking about Organizer 2, Orpheus Internet Services Ltd discussing the various internet services they offer, and Sine Nomine with their collection of puzzle games, including the new ‘Wrangler’.

Next up was the R-Comp stand, where the ARMini computer was being sold in two varieties – the basic machine for £599 including VAT, and a 16GB model for £639.

I opted for the 16GB model, and immediately took it around to my stand to see if it would work at my TV/monitor’s native resolution of 1920×1080 (after first purchasing a suitable HDMI to DVI cable from CJE). Once I had lowered the refresh rate I had a faultless display – and because it’s connected to the DVI port on my monitor, I can have this machine set up alongside, rather than instead of, my Iyonix. This is a win/win.

For those lacking a monitor that would be capable of working with the ARMini, R-Comp had also managed to source a suitable 23.6 inch TV/monitor and were selling for (I think) £200 (or possibly £199).

Moving further around, CJE had managed to cram a remarkable amount of the contents of their stockroom into their vehicle, as usual, and after that was the Soft Rock Software stand where I was making up excuses for WebChange still being (officially) in beta and a new manual still not being available. In addition to this, I was also demonstrating both the power and simplicity of the software by using it to create a very simple gallery of images.

After my stand was Mike Cook, who most will remember wrote for some of our long lost magazines, demonstrating a variety of gadgets. 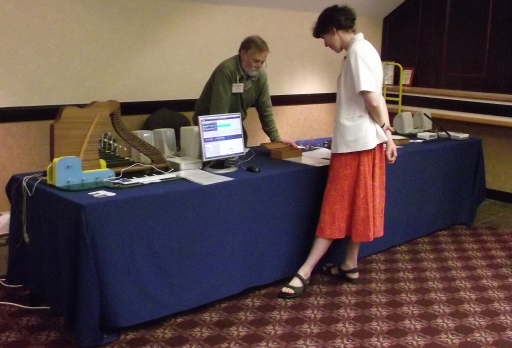 Beyond Mike was the charity stand, followed by a new exhibitor, Trevor Johnson, talking about WikiProject RISC OS and foisting leaflets upon unsuspecting folk who happened to venture near. The goal of WikiProject RISC OS is to improve the RISC OS presence on Wikipedia. 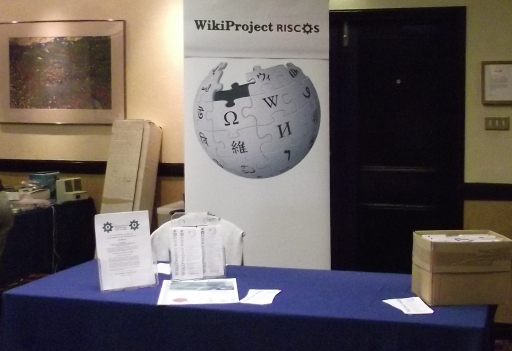 After Trevor, we had Jim Nagel with the latest issue of Archive Magazine, ably assisted by ex-ed Paul Beverley. Later, after the close of the show, Jim, Trevor and I were entertained by Paul and his wife, talking about some of the fascinating snippets of history of Archive and Norwich Computer Services. Archive having started in 1987, we were quick to point out that next year would mark its 25th birthday, and suggested some of this would actually be worthy of an article to mark that event.

Back to the show, however, and the final stand was the Retro Software stand, who were running a variety of machines, and demonstrating the current port to RISC OS of Repton: The Lost Realms, as well as having lots of fun playing a variety of simple, but addictive games – the kind we all remember and lament as we re-load our assault rifles and venture into that alien infested underground base. 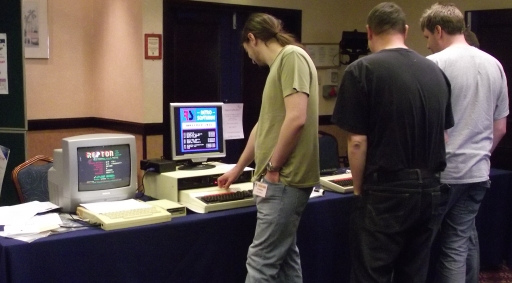 Looking at the selection of photos I’ve uploaded above, you could be forgiven for thinking the show was a quiet one – but as I said at the top, these were taken when I had a quiet spell during one of the theatre presentations. From my point of view as one of the exhibitors, the day seemed to be very busy, with plenty of people milling about. To me, therefore, this seemed like a successful enough show and I hope the organisers will see fit to hold a seventeenth show, next year. Many thanks to all involved.